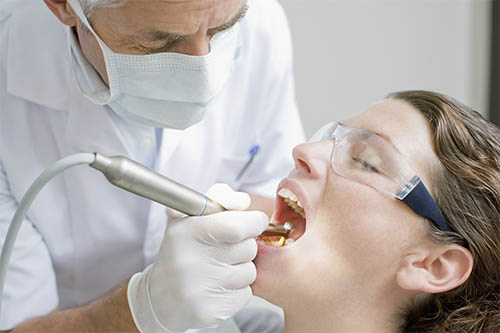 In a paper published this week in Physics of Fluids, Alexander Yarin and his colleagues at the University of Illinois discovered that food-grade polymers, such as polyacrylic acid, can eliminate aerolisation from the force of a vibrating tool or dentist’s drill when they are used as a small admixture to water in dental settings. This is significant because there are concerns that aerosolisation from dental procedures can cause viruses to spread.

Their results were surprising. A small admixture of polymers eliminated aerosolisation, exhibiting fundamental polymer physics, such as coil-stretch transition. They tested two FDA-approved polymers. Polyacrylic acid proved more effective than xanthan gum, because in addition to its high elastic stresses in stretching, it revealed a relatively low shear viscosity, which makes pumping it easy.

“What was surprising is that the very first experiment in my lab completely proved the concept,” Yarin said, “It was amazing that these materials were capable of so easily and completely suppressing aerosolisation by dental tools, with significant inertial forces involved. Nevertheless, the elastic forces generated by small polymer additives were stronger”.

Their study documented the explosion of pockets of water supplied to teeth and gums that dental tools aerosolise. The spraying mist that accompanies a visit to the dentist is the result of water encountering rapid vibration of a tool or the centrifugal force of a drill, which bursts water into tiny droplets and propels these.

The polymer admixture, when used to irrigate, suppresses bursts; instead, polymer macromolecules that stretch like rubber bands restrict water aerosolisation.

Stopping tooth decay before it starts

IBD and your mouth

Stopping tooth decay before it starts