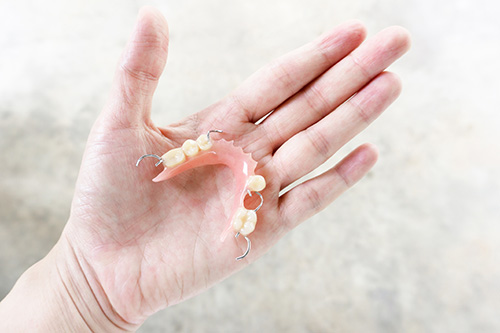 In a recent study, researchers reported that using removable partial dentures may have long-term benefits in reducing mortality among adults with a non-functional dentition, but cautioned that further research is needed.

The researchers used data from the Third National Health and Nutrition Examination Survey conducted by the National Center for Health Statistics, a division of the US Centers for Disease Control and Prevention, and linked it to publicly viewable mortality files for the period up to 2019. For the purpose of the study, they included 1,246 partially edentulous adults with fewer than 20 teeth whose use of removable partial dentures and dentition status had been determined by clinical examination.

Discussing the study, lead author Dr Nasir Zeeshan Bashir, a researcher at the University of Leeds in the UK, explained that the study did not specifically assess why dentures have this effect. However, he noted that a few hypotheses were put forward in the discussion section of the study: “Firstly, eating a well-balanced diet is difficult when you are lacking many teeth, as fibrous foods like vegetables can be tough to chew. By restoring the dentition, it has been shown that masticatory efficiency increases and, therefore, it may be that these patients with dentures have an improved diet. Secondly, it could be that those patients who wear and use their dentures regularly are well motivated in other aspects of their general health”.

The study, titled ‘Removable partial dentures and mortality among partially edentulous adults’, was published in the Journal of Dentistry.