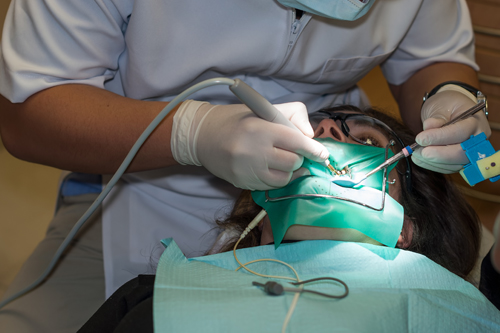 A new method of detecting bacteria during root canal treatments could reduce the need for follow up appointments and prevent treatments from failing, according to a study published in the Journal of Dental Research. A team of researchers from King’s College London, who developed a device called SafeRoot state that it enables rapid bacterial detection inside the root canal, ensures the procedure has been successful and reduces the need for tooth extraction or surgery.

Root canal treatments remove bacterial infections from the root canal space, while retaining as much of the natural tooth as possible. Most procedures require one or two visits to the dentist.

The first appointment is used to remove infected material in the tooth, and to administer an antibacterial treatment. During the second appointment, dentists visually assess the canal to check if the infection has been removed, but this process cannot guarantee that treatment has been successful. Each visit involves drilling and the removal of part of the tooth.

The team say their device was created to detect any existing bacteria once the root canal treatment has been completed. Using conventional sterile endodontic paper points which are routinely used in root canal treatments, the process is performed during the treatment, preventing any impact on clinical treatment time and minimising additional clinical steps.